Blame it on the Bosman 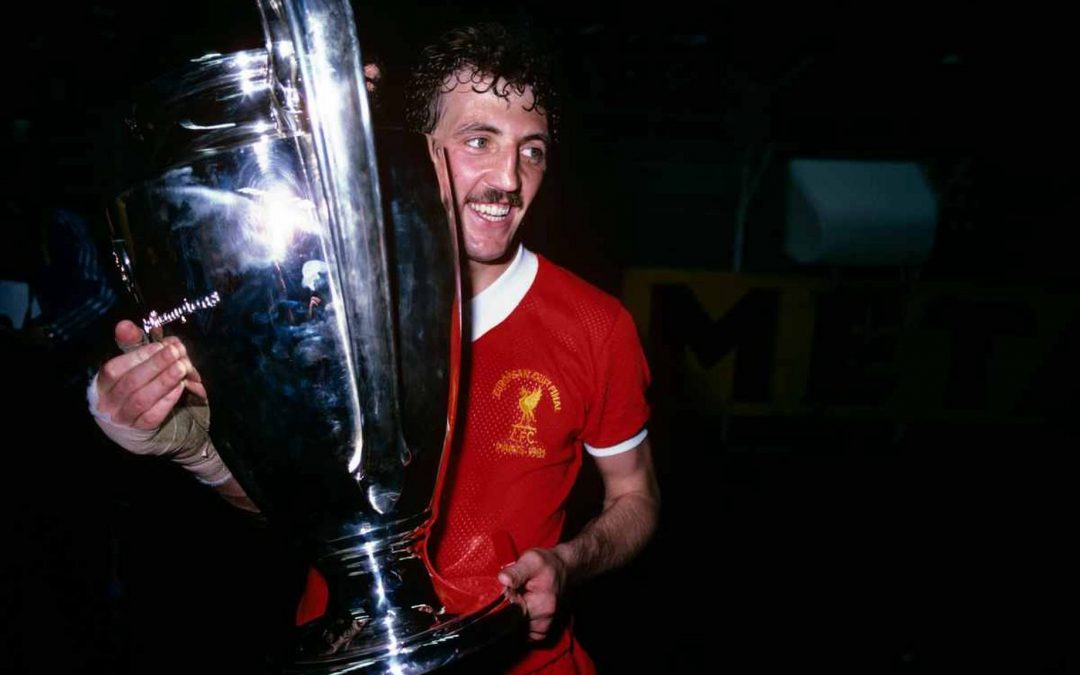 If you’re looking for a scapegoat, an explanation for the gulf in class between Liverpool and Real Madrid, then the search begins and ends with a journeyman Belgian midfielder.

Paris in the Spring, Liverpool v Real Madrid in 1981. This is the very stuff of nostalgia.

Steak lunch, tea and toast at their hotel. Reds’ players with their Umbro shirt branding obscured by tape at the TV broadcasters’ request and left back Allan Kennedy ghosting in from the left flank, ball glued to his feet, to win a tense Final 1–0 in the 82nd minute.

After similar triumphs in 1977 and 1978, Bob Paisley became the first manager to win three European Cups. How long ago it feels, yet so fresh in the memory.

But when the two sides met again in Kiev on Saturday 28th May 2018 in the Champions League showcase Final the passing of time merely served to show up just how fundamentally things had changed in the intervening 37 years. At the final whistle the blame game raged after an ultimately comprehensive 3–1 win for Real Madrid, winners of the competition in an unprecedented last three years.

Loris Karius received brickbats and death threats after gifting the Spaniards two goals. Gareth Bale claimed his share of the headlines with a bravura cameo off the bench and a goal to grace any final. For their part Liverpool fans were left to wonder what might have been had their talisman Mo Salah not been forced to depart the action with a shoulder injury on 30 minutes, following a heavy challenge by Sergio Ramos.

But those in the game will have only seen the long shadow cast by Jean Marc Bosman a football actor no longer present in the game but whose legacy touches every single club both big and small.

If you’re looking for a scapegoat, an explanation for the gulf in class between both sides, then the search begins and ends with the journeyman Belgian midfielder.

Like Jimmy Hill, a generation before him, who campaigned successfully to have football’s £20 a week maximum wage scrapped, Jean-Marc Bosman became an unlikely poster boy for so-called modern football. In 1990, the mid-ranking Belgian midfielder challenged the decision of his club, RFC Liege, to refuse to grant him a transfer to Dunkirk at the end of his contract.

Liege wanted more than the French side were prepared to pay, so Liege prevented Bosman from leaving and reduced his wages for good measure.

This led to a convoluted court case and a 1995 decision by the European Court of Justice to permit football players within the EU to move to another club at the end of their contract as free agents, without a transfer fee required to be paid. The ruling was the first major step in handing players greater power and meant clubs would no longer profit from players whose contracts had run out or simply hold their registrations to prevent them plying their trade elsewhere.

Liverpool were arguably the strongest club in Europe for much of the 1980s so their relative fall from pre-eminence has been quite spectacular albeit it is understandable too.

Sir Alex Ferguson’s Man United famously knocked them ‘off their f*****g perch’, true. But Liverpool, amongst others, were also the victims of wider market forces that saw a select band of clubs make gains at their expense.

Blame it on the Bosman

Like most second rank European clubs the Bosman Ruling effectively killed Liverpool as a consistent player at the very top level. It also killed off the competitiveness of clubs such as Inter, Celtic, Ajax, Borussia Moenchengladbach, and those great punch above their weight cottage industry sides like Nottingham Forest, Aberdeen, Dundee United and Ipswich that all enjoyed cameos as leading lights of European competition in the 1960s, 1970s and 1980s.

Bosman’s fall-out has radically reshaped the landscape of teambuilding and player development and with it seriously disadvantaged teams like Liverpool who in the era spanning the management of Bill Shankly (1959–1974) until the resignation of Kenny Dalgish in 1991 had been the acme of consistency, care and stability in recruitment.

In 1994, just before Bosman, Blackburn Rovers made their league title tilt, making Chris Sutton the first £10,000-a-week footballer in Britain. By 2001, just seven years, Sol Campbell was able to command ten times that sum — £100,000-a-week — to facilitate a move from Tottenham to Arsenal.

Quotas on ‘foreign’ talent were abolished too and a strata of agents, super agents and intermediaries stepped in to fill the void in professional experience of negotiating. Their model? A blueprint taken from record companies and showbiz talent management — with all that this implies.

And you can see it played out now in the modern equivalent of the European Cup, the Champions League, when say Real Madrid can unleash Gareth Bale from a star-studded bench to turn a game while Liverpool’s hopes and dreams are broadly reliant on one man in form (Mo Salah) or in over-performing with a strong starting XI, but little else in reserve.

Whatever conditioned the result in the 2018 Champions League Final, be it Salah, Karius or Bosman doesn’t alter the fact that Real Madrid would likely have found a way to win in any case. They are that kind of team, with that kind of manager and with those kind of resources.

Zinedine Zidane is an expert when it comes to changing the context of a game, not least because he has the personnel to do so, and in depth too.

For his part Jurgen Klopp, as a boss that works with lesser players, is a prisoner of economic reality — he can’t pack his bench with players of the calibre of Bale, Asensio, Kovacic. Even if he had these players they’d rightly expect to start at Anfield. He can’t build his starting XI around Ronaldo, Kroos, Marcelo, Modric, Ramos and Casemiro. And this make do and mend team-building profile is broadly reflected in Klopp’s record in Finals which now stands at played: seven, won: one.

Before Bosman (1995) clubs held players’ registrations for many, many years and as a result they could effectively keep a player captive for as long as they wanted (in practical terms). Although Liverpool notably bucked the trend against the odds with Rafa Benitez’s The Miracle of Istanbul 2005 UEFA Champions League Final, turnaround, that game felt like a flash in the pan, a literal miracle, an exception that proved the rule.

Indeed, if like me you view the 2004 Final between Porto and Monaco and the Miracle of Istanbul as two back to back straight-out outliers, you would say with some justification that Ajax were the last ‘small’ team to win The Champions League in 1995, the year of the Bosman judgement.

And it is also no coincidence that all of Louis Van Gaal’s Ajax side moved on to lucrative deals elsewhere: Ajax’s golden boys of 1995.

The impact of The Bosman Ruling is an inevitable and incremental consolidation of power amidst the select few overshadows everything that has happened since.

Yes, Liverpool fit in here somewhere but it is hard to know where they rank between The Miracle of Istanbul and The Debacle of Kiev.

Are they a big team, a small team, or an also-ran who got lucky twice?

Regardless, the dynamic recruitment conditions of the present day and the globalisation of the game have made it harder for every club that isn’t Real Madrid, Barcelona, Man City, PSG and Man United. Even Bayern Munich struggle to keep pace within this rarefied company.

But it wasn’t always thus.

It was a golden age. But who for?

Pre-Bosman, to free an attached player to join another club then transfer fees would have to change hands or a club would have to agree to tear up a contract. Recalcitrant players could be frozen out, had their pay reduced or were denied a livelihood elsewhere. It was the definition of workplace slavery.

But in a football sense, there is no doubt that restrictive employment practices created a greater depth of competition — and arguably more variety in ‘localised’ styles of play.

As clubs could rely on six and even 12 year contracts for young stars they could either build a team long term knowing their players were tied into their club or they could cash the players in for big fees at the most favourable time.

For example, clubs like Aberdeen (under Sir Alex Ferguson) and Dundee United under Jim McLean, both in Scotland, were able to get to compete season after season, deep into European competition with home-grown teams filled with players on long contracts.

Aberdeen’s Heroes of Gothenburg that beat Real Madrid 2–1 in the 1983 Cup Winners Cup Final before overcoming Hamburg later that year to clinch the European Super Cup, were not one season wonders.

Sides like Ipswich, Leeds United, Borussia Moenchengladbach, St Etienne, Ajax, Derby, Aston Villa and Nottingham Forest, even Liverpool, were all able to benefit from a long-term approach to teambuilding and player recruitment.

There was no winter transfer window and most of these teams only replaced up to three players per season and could rely on retaining a nucleus of staff embedded over many campaigns as they built their empires.

Another Scottish side, Celtic won the European Cup in 1967 with a team of local players born and raised in the West of Scotland. All but one member of the 15 man squad were born within 10 miles of Celtic Park in Glasgow, Scotland (Bobby Lennox was born 30 miles away in Saltcoats).

But overnight, Bosman swung the power from the clubs who had effectively held the players hostage, to the players who effectively now hold clubs hostage. And it also ushered in the era of globalisation, dominant in almost every other industry.

Jean-Marc’s got the world in motion

As Simon Hart, author of World In Motion…The Inside Story of Italia ’90 says: “At the first World Cup after the formation of the Premier League, USA 94, there were 16 Premier League imports involved: nine Norwegians, three Americans, two Swedes, a Russian and a Nigerian (Liverpool-born Efan Ekoku).”

The next year brought the whirlwind of Bosman, the European Court of Justice ruling that guaranteed free movement of players at the end of their contracts and, said Sir Alex Ferguson: “Suddenly it was a free-for-all.”

Simon Hart confirms the extent of the cultural shift since when he says: “At the 2014 World Cup, there were 119 players from English and Welsh clubs involved with their national teams — 97 of them non-English.”

There are pros and cons of course, but the primary outcome is that small clubs can no longer hold onto their stars under pressure. When a Man Utd, Chelsea, Real Madrid, Man City, PSG or Bayern come calling money talks and players walk.

Arguably Bosman has been counter-productive for the many (by destroying competition and the master team-building clubs’ influence and by also consolidating football’s turnover in too few hands at the top of the pyramid).

However, elite players have never had it so good.

You take your choice: progressive employee relations or more varied and exciting (but regressive) football clubs.

But you can’t have both.

Up until the last big £5.4bn Tv rights deal of 2015, Liverpool’s financial disparity with other clubs means that they had struggled to compete pound for pound in the transfer market for both youth and mature players of the quality they could attract in a more localised 1980s market.

Now they can compete aggressively for quality of course — but just not with the 5–6 mega money clubs that rule the roost at any one time.

As a just about ‘top’ Premier League side Liverpool are the envy of almost everyone — with access to riches that the just below top rank Germans, Italians and French can only dream of, never mind the fans of the likes of Celtic, Ajax or Porto.

However, when it comes down to the nub of things there’s still a glass ceiling above all but a handful of the usual suspects.

And it is tends to be most evident in the annual May Final showcase of the Champions League, year after year.